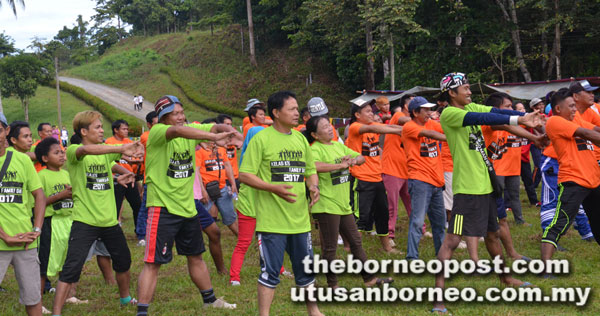 Getting ready for tug-of-war.

SANDAKAN: The KTS Group of companies celebrates its 55th anniversary by organising a family day for the staff its subsidiary company KTS Plantation Sdn Bhd (KTSP) and their family members recently.

The fun-filled family outing attended by 250 people including representatives from Sabah Forestry Department (SFD) featured various activities, such as football, telematch and aerobics.

More than 80 per cent of KTSP workers have served the company for more than 5 years and the event enhanced the strong relationship between management and workers.

Delivering a message from KTS Group, Plantation Manager Paul Liau thanked the staff of KTSP for their dedication and loyalty.

“KTS believe that employees are the most valuable assets of the company. The management of KTS truly appreciate the workers loyalty in serving the company.

Throughout the past decades, KTSP had achieved several notable achievements in forest management practices, and had become a benchmark-setter for the whole FMUs in Sabah, thanks to the worker’s commitment and hard work.”

He added that the KTS management and workers had formed a formidable team that won many accolades including the Prime Minister’s Hibiscus Award for Notable Achievement in Environmental Management.

KTSP is the pioneer FMU that was awarded with two certifications, that is the ISO 14001:2004 Environmental Management System and Malaysian Criteria and Indicator (Natural Forest) in 2005 and 2009 respectively.

The performance of KTSP has also been recognised by Sabah Forestry Department through the award of the department’s annual Compliance Certificate award.

Also present at the family get-together were two post-graduate students from UMS, who are conducting their research in wildlife studies here.

One of the students, Lee Woon Jah, commented that the event had achieved its objectives. “From my perspective, this is a good move by KTSP management to build up the good connection at all levels.”

This annual family day ended with a grand appreciation dinner during which some staff members entertained their colleagues and guests with their performances. 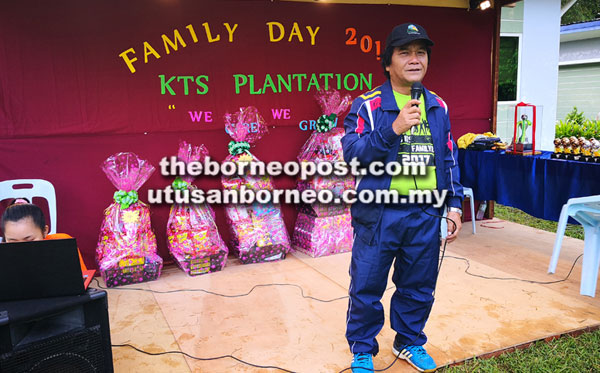 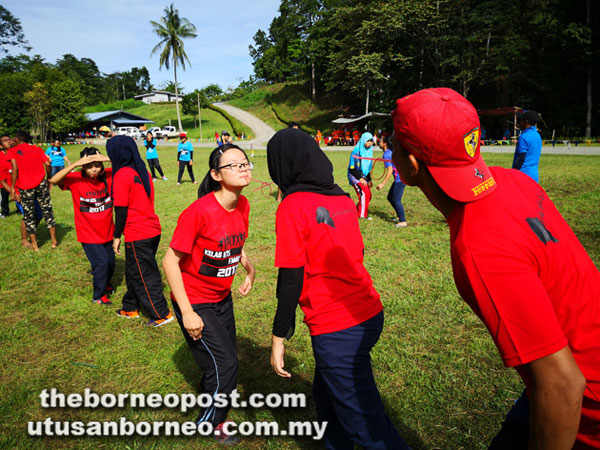 One of the games played during the family day. 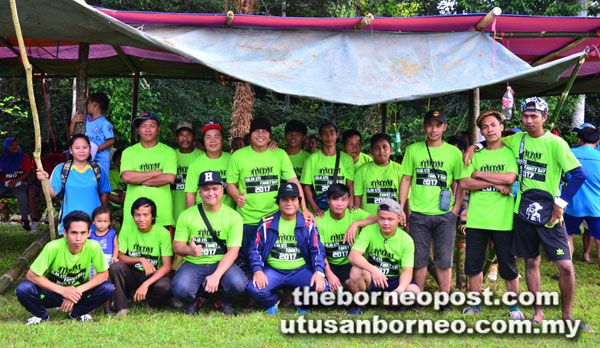